A few days of mindful work brought me fully into the heart. Replacing deck boards and stairs, pouring a little concrete and cleaning the gutters brought a peace of mind and oneness with the tasks. The work came easy as lemonade and light conversation fulfilled the moment. Here I was not a tourist but part of the pulse. We wanted to stretch the time into an eternity and in a way we did. The clock however was ticking, the road began to call. All good things don’t have to come to an end, you just keep scattering the good all along the road.

Morning came and with it a breakfast you only dream about. Kale’s mom made sandwiches for our lunch while his dad helped with loading the bikes. Time idled away as there was no rush. The next couple of days would be cruisers, 250 to 350 miles, tops. The last sight was Kale’s parents waving, captured in the rear view mirror as we idled down the long twin strip gravel drive. We meandered through the farms and countryside before picking up Route 6. From here on out the deer would be everywhere and you had to remain double alert. They just jump out in front of you for no apparent reason. But there are other things that can stop you in your tracks, too and I would be finding out soon enough.

Route 6 rolled and dipped on way across Ohio. Green was all around us but if you looked close everything needed water, reminding me to drink more at every chance. The heat changed too, it was just as hot as Nebraska but now there was abundant humidity. Rolling down the road, it wasn’t an issue. Standing still however was. Kale kept to his word and the day was short. We camped about twenty miles east of Toledo in the lushness of the deep woods near the coast of Lake Erie. It was quiet with a fair number of campers filling the sites. Like most of the campgrounds we stayed at they were surprisingly full. There is a good feeling in seeing so many people taking advantage of the beauty of our country away from the major attractions. Sleep came easy as we were both still a bit tired from working the farm.

The morning came with a jolt of reality. Backing the f 650gs out of the gravel parking, I slipped and the bike leaned passed the point of no return. I stabbed my left leg out to ease her to the ground. Kale was already rolling, ever aware he caught sight of me in his rear view mirror. I was busy stripping the bike when he got back. Shame, stress, adrenalin rush and extreme effort to get the bike upright did something I hoped wouldn’t happen. After a quick talk down the best thing to do was get back on and hit the road. We did for about ten minutes when at a stop sign I pointed to some soft grass and signaled to pull over. I parked the bike just in time. A disc in my lower spine just had a blowout.

The next 24 hours were spent in bed at a hotel in Sandusky, Ohio. The only way out was to pack myself in ice and not move. Was this over? Is this it? Not even half way! No way! The reality was looking more and more like a flight back and have the motorcycle shipped. With only one thing to do I did it well, do nothing.

Kale brought dinner back from a local grubhouse. If he was disappointed he didn’t show it. These things happen. The timing always sucks. We tossed around different scenarios, route changes and destinations. It all came down to, ‘see how I feel in the morning.’

It was quiet in the room that night, too quiet. We were both coming to terms with the near future. We had both taken time off from work, a month, to fulfill the dream. But there was more at stake here than an aborted vacation. To get the whole story of both the inner and outer journey, you will have to be patient. The 2012 X Country Ride is being put to book form as I write this blog. Here we are getting the outline and I am sticking to the motorcycling touring aspects. This will be reference material for the novel.

We were both up early. A couple of hours wouldn’t make any difference at this point. I had been hobbling back and forth along the outside corridor with a cane to get a feel for life as it would be for next few weeks. ‘It could be worse,’ I thought. Since we were following a pioneer trail my thoughts drifted to them. What happened to those poor souls who’s back went out along the trail? They went on is what they did. For them there was no turning back. My spine and I have been friends and antagonists for a long time. It would hold, just hurt like hell. My coffee needed a refill and Kale was up. “Let’s do it!”

We softened the suspension to the limit so I wouldn’t get hammered. You lose a little of that tight feeling but then we weren’t pushing the envelope either.  We rode along the Erie lakefront following the train tracks to Lorain, Ohio, then skirting Cleveland, jumped on Interstate 90 and made some time. The traffic was furious, as were the drivers. The heat, construction and probably an accident or two had everyone going like mad. Cell phone in hand and 80 plus miles an hour are a bad combination. It made for real passive/ aggressive riding, your head forever on a swivel eyeing everything around and ahead of you. From Ohio to Maine the large and small highways were like racetracks. If you were going too slow, or in someone’s way no doubt you would hear about it from the driver yelling at you through open windows. It sure kept things interesting.

The back was tolerable, just merely unbearable. Still the best was made of the situation and my riding partner, Kale, considerate in keeping the number of hours in the saddle down. We still rode into the night to make up for a slower pace. There was strip mining and fracking along with unparalleled beauty. In a couple of hops, we were heading up the famous Maine coastline. Maine is a National Geographic moment in progress. We stopped often to enjoy the vistas and soak up the cool of the far northeast. Perfect riding temperature and some sweet roads to go with it. Enjoying life from a two-wheeled point of view. There is nothing quite like it. We rode into the night again to reach our destination, Southwest Harbor, Maine.

Next: Days of peace. The calm before the storm. 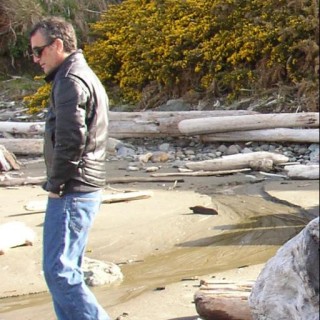